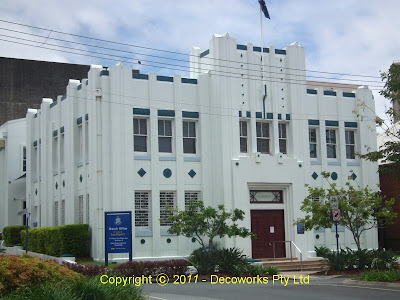 Southport is one of the oldest areas on the Gold Coast and as such has several beautiful Art Deco buildings built during the 1930's. A stroll down Nerang street reveals several excellent examples. The best of these is the old Town Hall located at 47 Nerang Street which is now the Council Chambers .

The Art Deco ornamentation both inside and out has survived making this a rare example of this style of public building. It has social significance as a centrally located civic building which has been open for public purposes for over sixty years.

Detailed view of the central facade 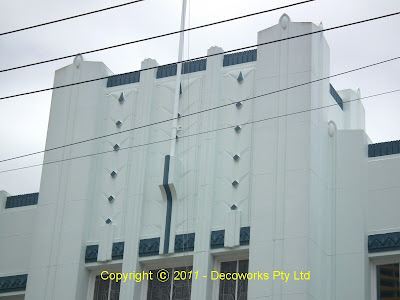 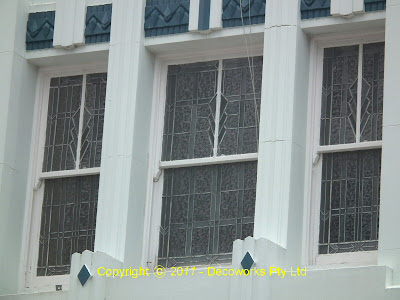 - Your Brisbane - Past and Present

More Art Deco information can be found on the DecoWorks Pty Ltd website.

Posted by DecoWorks at 3:25 AM No comments: Links to this post